One more year, at the Hotel Son Caliu Spa Oasis we have lived an incredible evening celebrating the Halloween party.

On the night of October 31st, all kinds of monsters and fantastic characters filled the Hotel Son Caliu Spa Oasis and the Biniagual Restaurant with laughter and fun, on a date that we will remember for a long time.

The hotel facilities were the first to receive their own Halloween treatment. A special decoration, based on spiderwebs, skeletons, witches and other monstrous elements dressed the living room, the restaurant and the dining room, welcoming all those who decided to spend a night of unparalleled fun in the Hotel Son Caliu Spa Oasis.

The events began in the afternoon with the pumpkin workshop by our chef Víctor Baños. In it, the little ones discovered how to make the famous jack-o'-lanterns, drawing a terrifying face on the pumpkin, cutting it with great care and introducing a candle so the result is much more impressive and spectacular. They looked great! 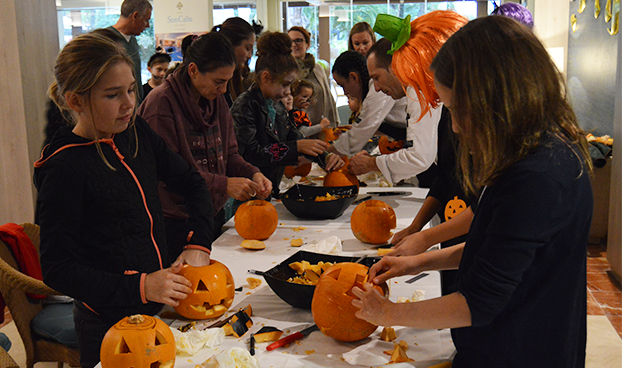 The painting workshop enchanted all the attendees, since it made all those who already came in disguise had a complete characterization, and allowed the few who went without a costume to enter the Halloween dinner with a much more terrifying and funny look. Kids and adults enjoyed while watching how they were turning into much more adequate creatures for the night of frights and fun that had ahead. 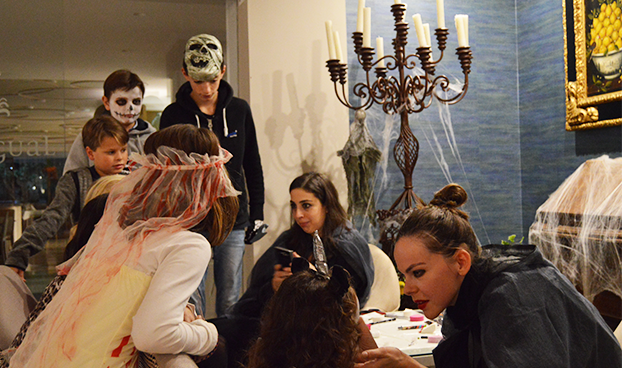 Once all the attendees arrived at the party and had adjusted their costumes and makeup, it was time to show them with maximum splendor. And did they do it! The photocall of the Hotel Son Caliu Spa Oasis, prepared for the occasion, witnessed the best costumes and characterizations, all fantastic and spectacular, ideal for the occasion. 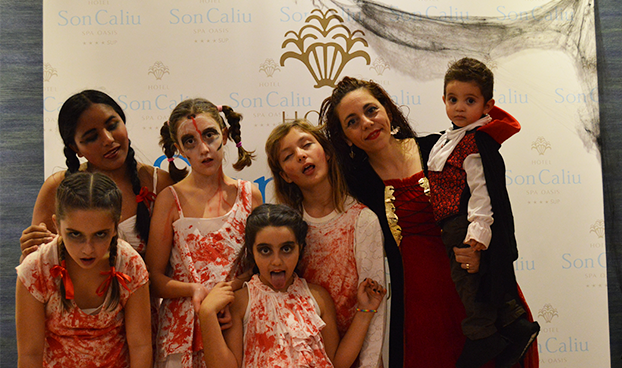 But not only the attendees came dressed up at dinner. All the staff of the hotel came with their most monstrous look for the appointment, which made the experience much more fun for everyone, creating a very special atmosphere in this magical night. Many thanks to all the departments, some of the costumes could have won the contest perfectly! On such a special date, everything had to be perfectly set for the occasion. Our spectacular kitchen team was in charge of preparing the most amazing themed buffet dinner, giving a terrifying and fun aspect to tasty and delicious dishes, without forgetting that its nutritional composition was optimal. Did you taste the giant tarantula or the Dracula's coffin sandwiches? The Biniagual Restaurant had never looked so spectacular! 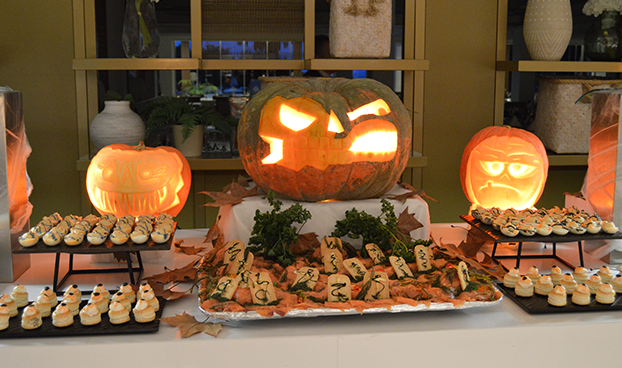 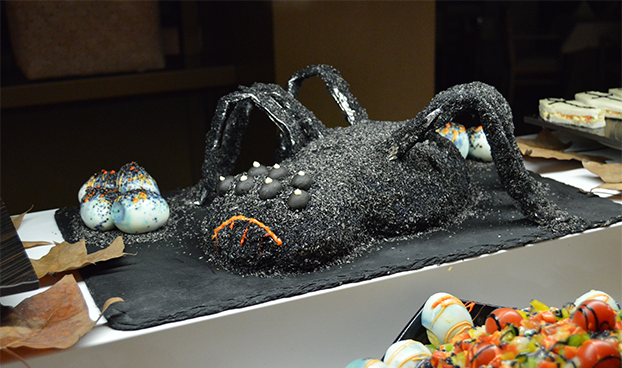 A party is not complete without prizes for its assistants, and ours deserved it a lot. Our jury wanted to reward the best costumes and characterizations of Halloween with nights at the hotel, dinners and spectacular breakfasts, although we would have liked that all those who came to spend an unforgettable Halloween night with us won, the party itself was already a fantastic reward.

Live music until late completed an incredible evening of fun and good times. We want to thank all the attendees for their presence, who were willing to have fun and enjoy, and our team for offering one of the best nights of the season, always with a smile on their face. Happy Halloween and we are waiting for you next year!